The Ingenious Power of Partnership

Launched in 2015 by Penn State President Emeritus Eric Barron, Invent Penn State is a $30 million initiative that redefined the university’s land grant mission to include entrepreneurship and innovation programs, tools and resources that accelerate the movement of great ideas to the marketplace and make a substantial economic development impact in Pennsylvania and beyond.

Invent Penn State, hosted in the Office of Entrepreneurship and Commercialization, is a coordinated effort that spans the university’s 24 campuses, all academic colleges, including the College of Medicine and Penn State Law, and our numerous institutes and centers. Countless Penn Staters, community leaders and industry partners have contributed to developing what quickly has become a burgeoning entrepreneurship ecosystem at Penn State, one that provides resources and support to faculty, staff, student and community innovators.

Many thanks to Penn State senior vice president for research Lora G. Weiss and her team, Commonwealth Campus chancellors and their innovation space teams, and our many collaborators who are developing new resources daily. The Invent Penn State initiative would not be possible without this ingenious power of partnership. 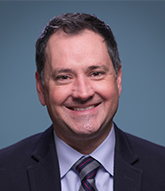 James Delattre serves as Associate Vice President for Research and Director of the Office for Entrepreneurship and Commercialization where he leads overall program development for the Invent Penn State initiative and leads commercialization strategy, resources and support for Penn State’s startup pipeline and innovation space program.

Prior to joining Penn State, Dr. Delattre served as Vice President of Global Marketing at NanoHorizons, Inc., a Penn State nanomaterials manufacturing startup. He joined the research team at NanoHorizons as Product Development Manager in 2005 after working in the Low-k Dielectrics Group at Novellus Systems, Inc. in Santa Clara, California.

Dr. Delattre earned his PhD in Chemistry from the University of California, Berkeley, with a focus on processes for reducing greenhouse gas emissions from semiconductor manufacturing and the development of new synthetic techniques for the solid state. He completed postdoctoral work investigating the plasma treatment of polymers at the Consiglio Nazionale delle Ricerche at the University of Bari, Italy. He is the author of over a dozen peer reviewed scientific articles and holds several patents.

Dr. Delattre received his BS with honors in Chemistry from Penn State, where he studied inorganic, high-pressure chemistry and Russian language. 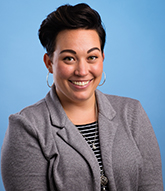 Ashley Palmer is the director of marketing and communications for the Invent Penn State initiative. She assists with strategic planning for Invent Penn State and develops and promotes numerous programs, tools and resources for entrepreneurs and innovators across the Penn State system.

Innovation Spaces Across the Commonwealth