The Ingenious Power of Partnership

Wherever you are on the entrepreneurial path, Invent Penn State has resources you can use. Our signature programs can help you start up and grow a business, find licensable technologies and investment opportunities, and get to know the Penn State entrepreneurial ecosystem.

Accelerator programs and microgrants for customer discovery and prototyping

Supporting economic development at every level.

A searchable inventory of entrepreneurship and innovation ecosystem resources around our 21 innovation hubs across Pennsylvania.

Get Started with Invent Penn State

Ready to jump into the entrepreneurial ecosystem? Whether you are just beginning to explore, or already started a company, we have resources to support your path.

Are you a professor, research associate, or graduate student who recognizes commercial potential in your research? Move your scientific discovery into a breakthrough business opportunity.

Connect with likeminded entrepreneurs. Grow your business with Invent Penn State. The University welcomes collaboration and connection with our local startup neighbors.

You are looking for the next big thing. Penn State provides countless opportunities for your involvement–from cutting-edge innovations to the most promising startups.

Jump into your next venture with Penn State partnership. You bring substantial experience. We’ll show you innovative opportunities.

Penn State Research has supported more than 2,500 jobs and generated nearly $200 million in economic impact since 2015, according to The Science Coalition’s “Sparking Economic Growth.”
The Sparking Economic Growth report, released in April, highlights 53 companies from The Science Coalition member institutions that trace their roots to federally funded university research. The companies span across industry, geography, and funding sources, showing close ties between federal investment in fundamental research, job creation, and an innovation-based economy.

Normal pressure hydrocephalus (NPH) is a disease resulting from too much cerebrospinal fluid around the brain and affects roughly 750,000 Americans, typically those over 65 years old. Penn State researchers are developing a new technology called HydroFix, an advanced surgical shunt system to address NPH.

Nic Anzalone, a third-generation Penn State student who graduated this spring with a degree in corporate innovation and entrepreneurship, launched his first company at the age of 7. Years later, that drive has placed Anzalone at the starting line of entrepreneurship and in business with his grandfather. Now, with help from Penn State’s entrepreneurial ecosystem, he’s got 812 Solutions on the track to success.

The Invent Penn State Venture & IP Conference is one of the largest tech startup conferences in the Mid-Atlantic - drawing over 600 attendees including 70+ start-up ventures and 40+ investment firms from across the country. This year’s completely online conference highlights innovations from high growth and emerging markets in IT, Energy, Advanced Manufacturing, Biotechnology, and Healthcare, among others. The 2021 conference is expected to be an even bigger draw than past years.

Innovation Hubs Across the Commonwealth

“The aim of Invent Penn State is to drive job creation, economic development and student career success by connecting researchers with the people who can help bring their discoveries to the marketplace. Penn State is developing a culture that encourages, nurtures and rewards entrepreneurship in all fields of study.” 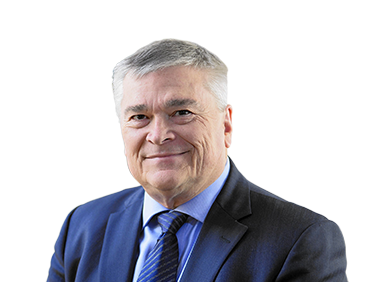