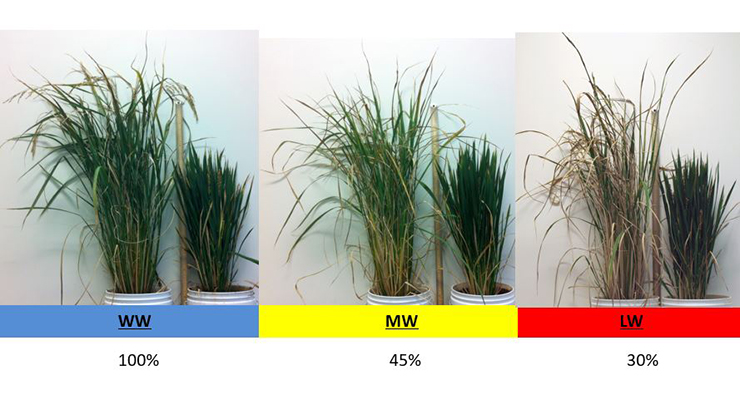 The Penn State inventors have identified a gene and/or protein, which, when rendered inactive, results in rice having higher seed production and yield under drought conditions. The Penn State researchers identified this phenotype in a publicly available rice cultivar, known to harbor a non-functional mutant gene; this gene (RGA1) in wild-type plants encodes the alpha subunit of a heterotrimeric G protein. This is a spontaneous dwarf mutant with reduced height and shorter, erect, thicker, broad, dark green leaves, compact panicles, and short, round grains.

The invention has immediate commercial utility as germplasm to improve existing rice cultivars. As noted above, cultivars containing the non-functional gene can be produced via traditional breeding and/or through the use of genetic transformation.