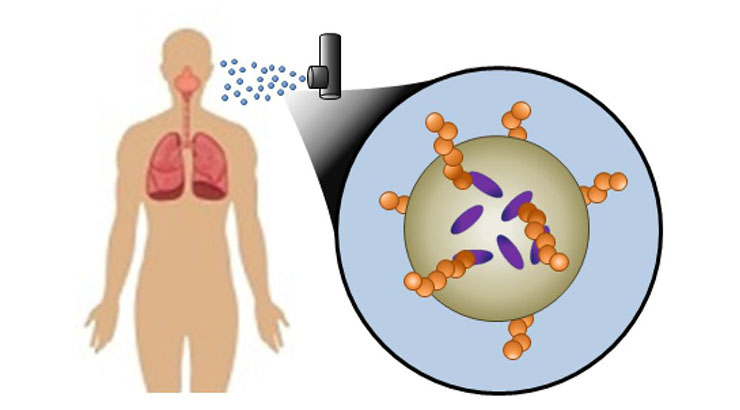 Penn State inventors have created a novel class of gel-like nano-carrier, or ‘nanogel’, that augments the utility of delivered cargoes, improves the potency of loaded therapeutics, and successfully delivers membrane impermeable proteins to the cell cytoplasm. Nanogels are composed of GRAS-listed components, including an anionic polysaccharide and cationic peptide, and prepared via a scalable process of electrospray ionization. Therapeutic cargo, including small molecules, nucleic acids, and/or proteins, are directly encapsulated in the carrier and released upon particle swelling. Mild synthesis conditions used during assembly are conducive to the use of sensitive cargo. Particle swelling and cargo release are regulated through tuning nanogel anionic:cationic ratios. Nanogels exhibit versatile mechanisms of cargo delivery. In mammalian cells, nanogels are rapidly internalized, deliver membrane-impermeable protein cargo into the cytoplasm, and improve chemotherapeutic potency in drug resistant cancer cells. In bacteria, nanogels permeabilize microbial membranes to sensitize bacterial pathogens to the action of a loaded antibiotic. Utilization of a novel cationic peptide can further enhance the activity of therapeutic cargo by lysing cancer cell membranes and/or bacterial cell walls.

Peptide nanogels represent a versatile, readily scalable and bio-responsive carrier capable of augmenting and enhancing the utility of a broad range of biomolecular cargoes. However, the inventors believe that nanogels may be especially suited for use in pulmonary disease. Nanogel particle size can be modulated to enable efficient deposition to the lower respiratory tract. The nanogel is formulated to preferentially bind to, and be efficiently internalized by, macrophages and pulmonary epithelium. Once internalized by cells, the release rate of the encapsulated payload can be tuned to deliver the loaded agents before pulmonary clearance.