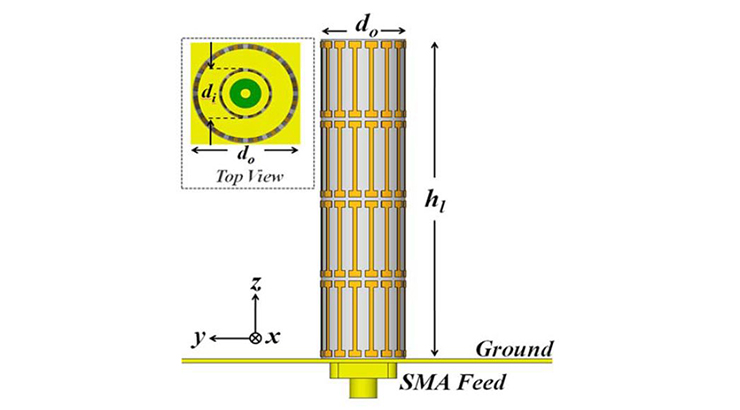 A compact flexible metamaterial coating that enhances the bandwidth of a quarter-wave monopole antenna to over an octave. The coating has a high effective permittivity for the tensor component oriented along the direction of the monopole. By properly choosing the radius and tensor parameter of the coating, another resonance at a higher frequency can be efficiently excited without affecting the fundamental mode of the monopole. Additionally, the similar current distributions on the monopole at both resonances make stable radiation patterns possible over the entire band. The demonstrated coating has a radius of only lamda/24 and extremely light weight, which renders it attractive for use in applications such as broadband arrays and portable wireless devices.

Compared to previous methods, such as the sleeve monopole and the lumped element loaded monopole, this antenna provides a broader bandwidth, a smaller footprint, a lighter weight, a similar profile, high efficiency and unaffected radiation patterns and gain. This invention enables compact broadband antennas for VHF/UHF and RF radio systems.