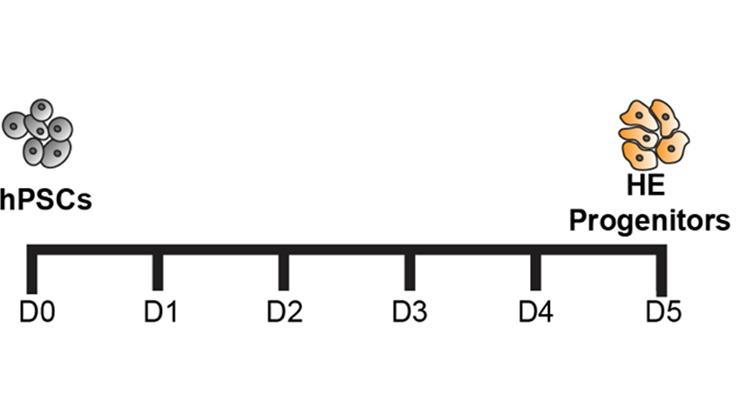 Hematopoietic stem cells (HSCs) are currently in clinically approved therapies for blood cell diseases including, but not limited to, primary immune deficiencies, hemoglobinopathies, as well as storage and metabolic disorders. However, the rate of successful HSC transfer remains constrained, in part, by the availability of donor-patient matches and immunologic complications following implantation. Streamlined protocols to generate HSCs, coupled with known protocols to generate iPSC cells from almost any tissue sample and from any person, may allow for increased therapeutic use of HSCs through expanding the pool of compatible donors and source material.

Seeking industry collaboration and licensing opportunities to drive forward clinical validation and use.