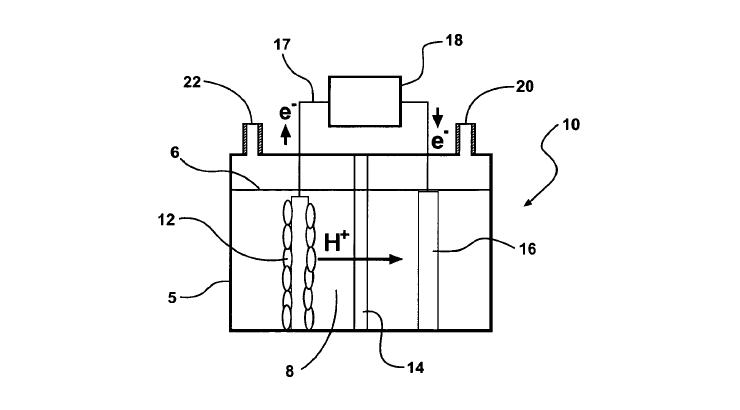 BEAMR (bio-electrochemically assisted microbial reactor) is a novel approach to biohydrogen production. This method directly produces hydrogen by creating a reactor that uses bacteria as the biocatalyst to oxidize organic matter. It then directly generates hydrogen at the cathode by applying the additional potential needed at the cathode to directly convert protons to hydrogen.

The anode side of BEAMR operates as a standard microbial fuel cell, however the cathode function is significantly altered. Instead of reducing oxygen at the cathode, hydrogen is directly evolved from protons and electrons by applying a potential to the cathode that is larger than that generated by the bacteria. Initially, gas flow past the cathode system is driven by a nitrogen gas stream, but as the hydrogen evolves, the gas stream can become self-sustaining resulting in a steady gas stream of pure hydrogen.

The BEAMR system can be coupled to a biohydrogen reactor in order to increase overall process conversion efficiency in terms of efficient conversion of carbohydrates to hydrogen. Using this system, hydrogen can be produced directly from organic matter even in the absence of a pre-fermentation system. This system may also make for a novel form of wastewater treatment, while it simultaneously produces energy.