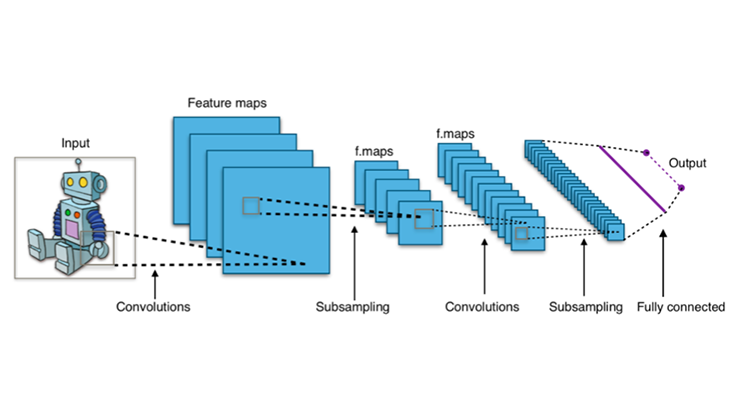 Step by step process of CNN

Convolutional neural network (CNN) is the core artificial neural network model for image classification. It has two major issues: (1) there’s very little mathematical understanding why and how CNN works and (2) a typical CNN model is often equipped with an exceedingly large number of weights and parameters, which, as a result, requires a large number of (labelled) data to train a typical CNN and makes it very challenging to train a CNN model. The disclosed invention uses multigrid algorithm to obtain a whole new class of CNN models called MgNet that seeks to fix these problems.

MgNet will improve upon CNN technology and lead to a better mathematical understanding of CNN technology. It will lead to a new generation of “slim” CNN that require less weights and parameters, therefore making the CNN easier and faster to train, and requiring computers with less GPU.

CNNs are used in current technology such as Facebook’s photo tagging as well as emerging fields such as self-driving cars. Facial recognition and image search engines can be vastly improved with CNNs.