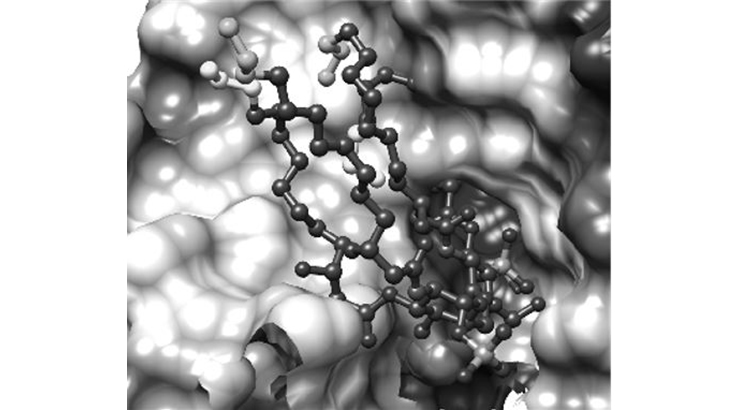 Adjuvants are used to improve vaccine efficacy. However, the side-effects of biologically based adjuvants can hinder their use. For example, lipopolysaccharide (LPS), causes hyper-activation of inflammatory immune responses, including the Toll-like receptor 4 (TLR4). TLR4 mediated signaling, in part, orchestrates the production of antibodies which provide long-term humoral immunity.

LPS from E. coli can be non-stoichiometrically modified with a variety of chemical groups. Variations in LPS acylation state, saccharide core, and phosphorylation patterns affect recognition and processing by the immune system. Penn State inventors have discovered that phosphoethanolamine (PEtN), when attached to the Lipid A core of LPS, hydrolyzes at neutral and basic pH to release free PEtN. While PEtN-LPS retains TLR4 binding activity, resulting in production of cytokines and an enhancement in immune responses, activation of TLR4 activity is suppressed with increasing pH.

Penn State inventors have engineered a novel PEtN-bound LipidA variant that is expected to have utility as a therapeutic vaccine adjuvant. The inventors believe that PEtN bound LipidA may be added to therapeutic vaccines to elicit a short-lived, yet strong, immune response that activates endogenous TRL4 signaling. At the neutral pH of the body, the novel adjuvant would quickly auto-hydrolyze, losing its PEtn groups and thus the ability to activate TLR4, resulting in loss of Lipid A-mediated toxicity and quieting the endogenous immune response.