PennHFD, a Specialty Corn Feed for Control of Enteritis in Poultry 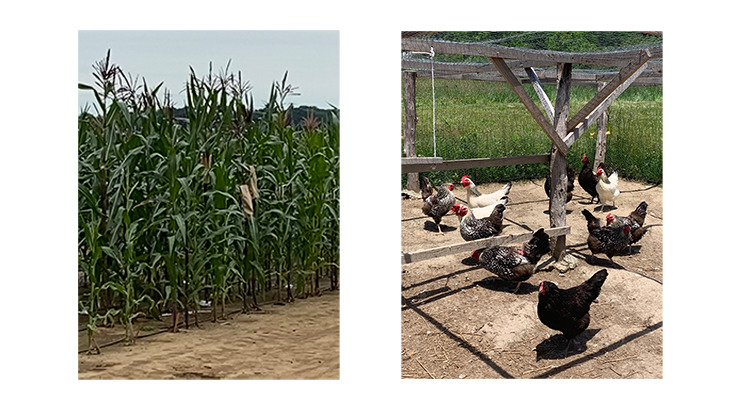 Avian necrotic enteritis (NE) is among the major diseases that affect the gastrointestinal health of broiler chickens. Clinical and subclinical forms of NE negatively impact weight gain, feed conversion ratio, and may result in death. NE is caused by pathogenic strains of Clostridium perfringens (CP), a Gram-positive bacterium. Previously, NE was effectively controlled with in-feed antibiotics. However, the increasing concern for antimicrobial resistance has led to a reduction in the use of antibiotics in animal feed – which, in turn, has been associated with increased number of NE outbreaks. NE related losses in productivity and the cost of treating and controlling and treating NE is estimated to result in up to $6 billion in losses every year, worldwide.

Previous studies have shown that flavonoids, compounds naturally found in plants that are known for a wide range of health benefits, can help ameliorate NE in chickens. However, previous supplementation of flavonoid-rich feed resulted in reduced feed consumption and animal performance. To circumvent issues with supplementation, Penn State inventors developed a flavonoid-rich corn variety, named PennHFD, via traditional breeding methods (i.e. with no directed genetic modification). Corn is already a commonly used feed-product for poultry in the United States.