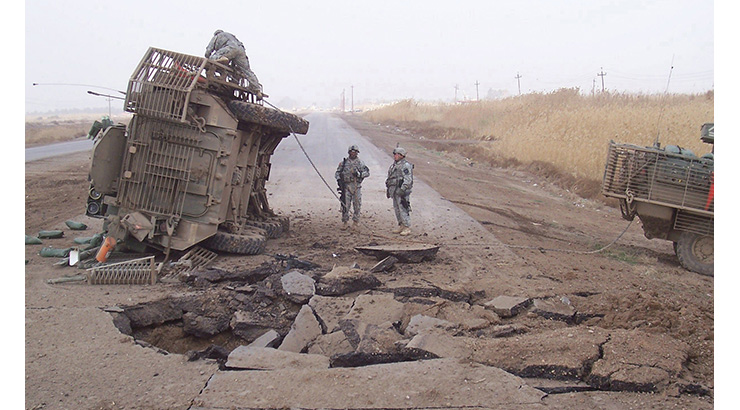 88% of injuries and casualties incurred by US soldiers during recent conflicts are attributed to Improvised Explosive Devices. A ground vehicle exposed to a blast experiences a wide range of input accelerations and orientations due to the blast itself, followed by accelerations resulting from the subsequent slam down when the vehicle returns to the ground. It is therefore desirable to provide an Energy Attenuating (EA) device for a military-type ground vehicle that accounts automatically for the variation in total occupant seated mass; provides EA for the variable blast phase; provides EA for the slam down phase by automatically resetting itself after the blast phase; prevents “bottoming out” during either of the loading phases so as to not generate a dynamic amplification spike to the occupant; and maintains crash effectiveness in either frontal, lateral, rear, or rollover crash events.

The primary gap that hinders maximum protection is the ability to rapidly design EA for various styles of military vehicles that can be optimized specifically for the soldier occupant. This invention presents a modeling approach to optimize EA seat characteristics for each style of military vehicle and each solider anthropometry based on various metrics, including measures of the human injury response. Spinal injuries from the initial blast and subsequent slam down have been mitigated through this EA seating approach.