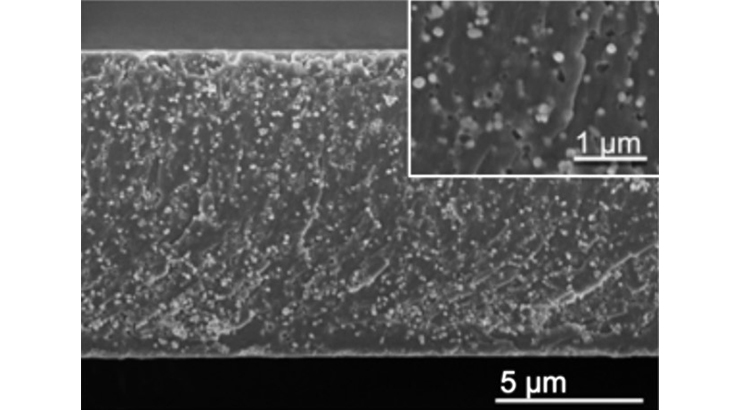 The composite has a discharged energy density > 0.6 J cm-3, a charge-discharge efficiency > 75%, a dielectric constant over 4, and a maximum operating electric field strength of at least 200 megavolt per meter at an operating temperature of 150oC,. The dielectric properties, discharge power and microsecond discharge speed are stable from room temperature to 300oC and 100 hertz to 1MHz. Capacitors containing these composites have significantly improved cyclability (30,000+ cycles of charge-discharge) at elevated temperatures and showed no sign of degradation.