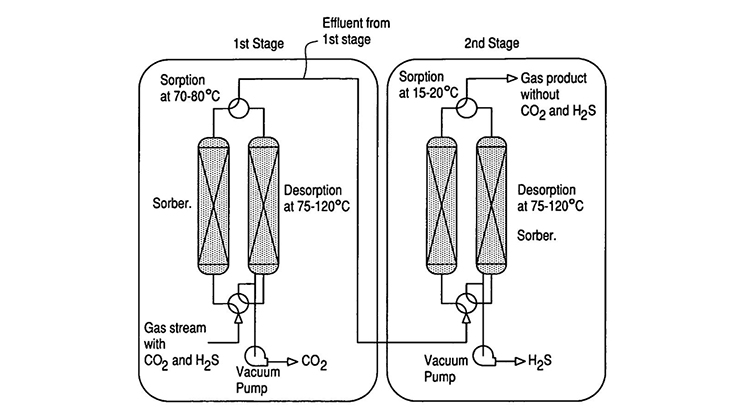 This present invention pertains to a group of bimetallic and trimetallic catalysts for use in both steam reforming and oxidative steam reforming of liquid fuels such as jet fuels, diesel fuels and gasoline to produce synthesis gas and/or hydrogen for fuel cell applications. These catalysts have a high degree of sulfur tolerance and are resistant to carbon formation. The catalysts are highly active and can be used at low temperatures of 500 to 600 degrees C.

Hydrogen-based fuel cells have attracted attention as an alternative energy source, but its use is being hindered by the lack of hydrogen storage infrastructure. One alternative to storage is to create hydrogen by reforming processes for hydrocarbon fuels right at the fuel cell. Normally, this reforming approach is hindered by rapid catalytic deactivation in the reformer due to carbon formation and sulfur poisoning, but the present invention has both carbon resistance and sulfur tolerance. The present invention is protected by the U.S. 9,387,470 patent.