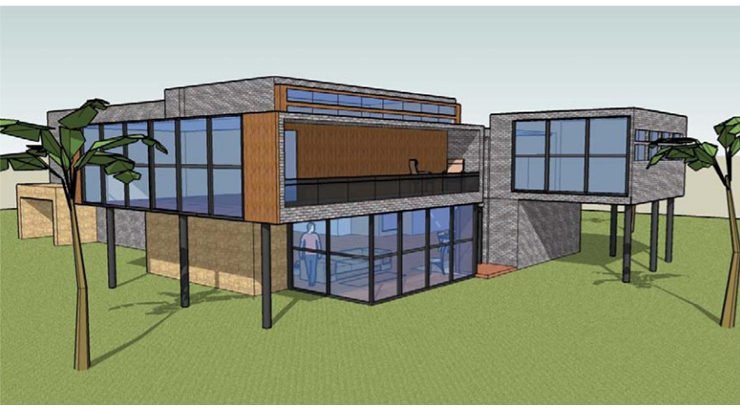 The disclosed invention is a new type of wall system for residential construction that is designed to have several sustainable features. The wall system is transparent for maximum daylighting use and employs photovoltaic to generate electricity. The structural system to carry gravity loads replaces conventional wood framing with recyclable metals and the sheathing material to resist in-plane shear forces replaces conventional plywood or oriented strand board with a very strong transparent material. The exterior face of the wall consists of double pane insulating glass unit that includes photovoltaic crystalline cells of thin film technology. This technology is referred to as Building-Integrated Photovoltaics (BIPV) which turn the wall into an energy-generating system, thus benefitting from the solar radiation in a robust way than the passive solar approach of thermal mass wall systems.

The electrical energy generated by the PV unit can be used directly by the consumer, sold back to the power grid, or stored in batteries for later use. The wall is designed to be panelized modular and can be partially prefabricated or completely prefabricated. The panels can be erected at the job site using bolts as fasteners. For this reason, the panels can be reused if the building is properly disassembled. The material used for sheathing allows the wall to also be designed for military housing units with special impact resistant attribute while being transparent.