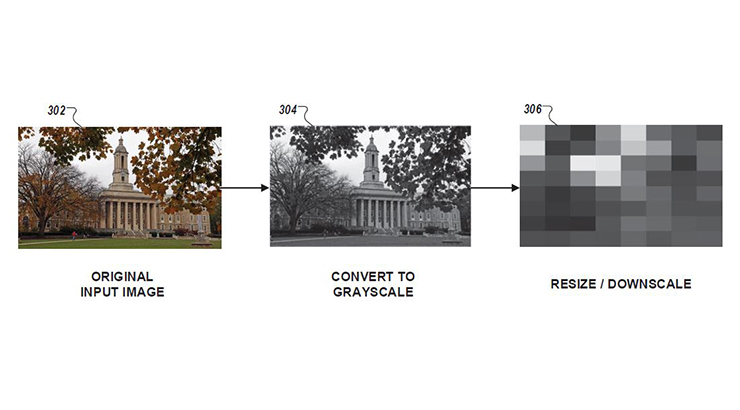 A new algorithm for reverse video searches has been developed that uses an alternative method to compare hash values of images, so that the hash values are insensitive to noise and other sources that cause discrepancies between the input image and the indexed image. This technology accounts for any unpredictable differences in hash values by computing the absolute difference between the grayscale of a pixel and that of the average grayscale, and then uses polynomial interpolation to encode the grayscale values into a polynomial. In the end, only the coefficient vectors are recorded for each image. By comparing the coefficients, one can find similar images. The figure shown above illustrates part of the process for polynomial-based image characterization of a particular input image.

This technology allows users to perform a more precise video search than previous reverse imaging search methods. By inputting an image frame from a video, users can now find their particular video without being limited by inaccurate video search results. As a result, users will no longer have to scroll through countless episodes of their favorite T.V. show in order to re-watch their favorite scene!