Low Cost Admixture for Mitigation of ASR in Concrete 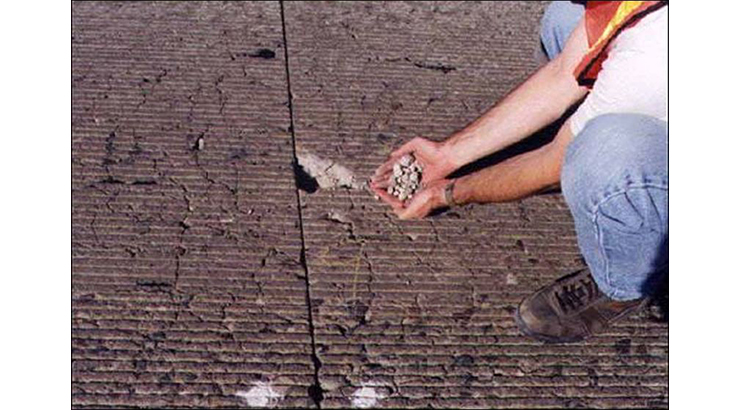 The disclosed invention is a novel group of non-lithium admixtures for the mitigation of alkali-silica reaction (ASR) in concrete. ASR is a deleterious reaction between certain siliceous aggregates and the high-pH pore solution of concrete which primarily initiates from the alkali sulfates present in Portland cement. ASR produces an alkali-silica gel that absorbs water and expands, resulting in cracking and damage to critical concrete structures such as pavements, bridges, dams, retaining walls, and power plant structures.

The admixtures described are in a powder form and can be preblended with cement or added during concrete production together with other solid ingredients. In comparison with lithium-based ASR inhibitors, the new admixtures are less expensive and are based on more abundant chemistries. When compared to fly ash, slag, and other pozzolanic ASR inhibitors, the new admixtures have a much more consistent composition and supply stream. At small dosages, these admixtures can effectively mitigate ASR without negative impact on workability, air entrainment, and strength development.