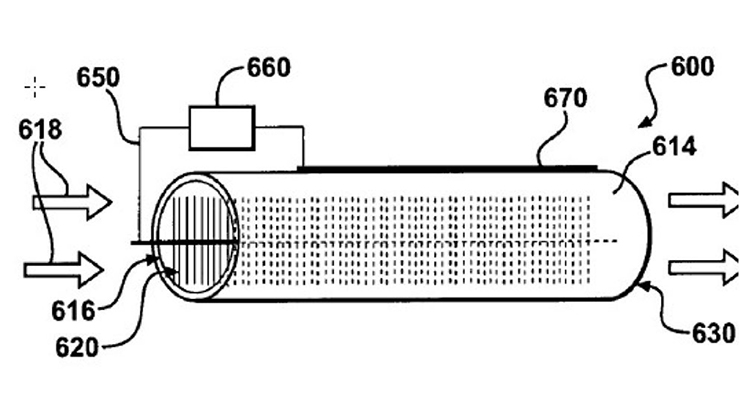 The present invention relates to microbial fuel cells that produce electricity or hydrogen from biodegradable organic matter using bacteria as a catalyst. A cathode is utilized in which the membrane forms a tubular shape, while the anode is substantially non-toxic to anodophilic bacteria. The resulting device provides a scalable electrode assembly configuration for the fuel cell. The reactor can be operated as a method of wastewater treatment, or can be used as a method for renewable energy production.

Microbial fuel cells that utilize bacteria as catalysts can be used to make electricity. When modified by removing oxygen and adding a small additional voltage, they can be used to produce hydrogen in a process known as bioelectrochemically assisted microbial reactor. However, electrode configurations for microbial fuel cells often limit power production and figure prominently in space constraints associated with fuel cells. This current technology describes new devices to optimize the performance of these systems.